It is not the kind of new we like to publish... Since December 2011, we have got a representative in the USA, in the person of Jared Ball. After 8 years of riding, a signature part with the split cap stem, a video in collaboration with an American website, Jared is now busy. Professionally as he is manager of a workshop producing suspension for 4WD and other all terrain vehicles, in his private life too and especially riding the Michigan MX circuits with his brother Jeremy, not to mention their moto track at home.
Once again, a huge thank you to Jared to have represented our brand in the US, which he will carry on representing with his Deluxe BMX built up with our beautiful Shape bicycles parts ! 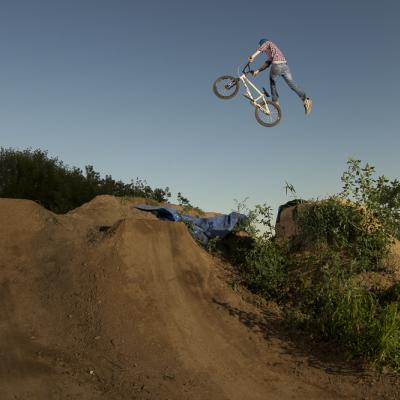 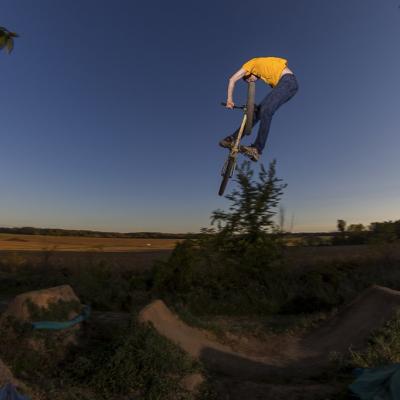 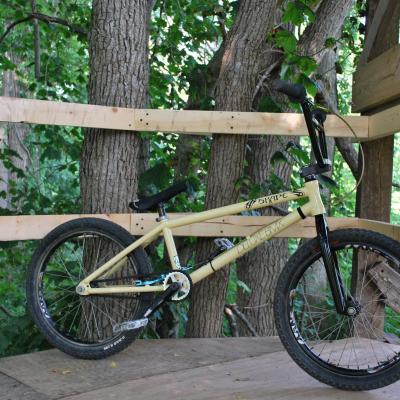 Since the launch of our Fusion sprockets, we have stopped to machining original (OG) model. However, we often get requests for this model, its simpler design seems to be still appreciated by our customers. So, we decided to put OG sprockets back in our range, in addition to our Fusion one. By this way, there is more affordable model and most importantly to answer more requests from our customers. We will soon update our "Products" with the OG sprockets. 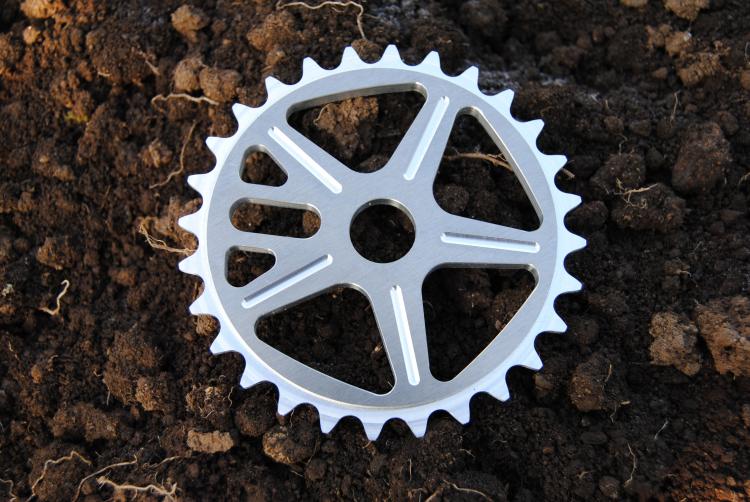 The third Banos jam was held three weeks ago !! A well famous trail, dug on top of the small Banos town’s hill, with its proper handcrafted jumps dig by master Marc.

Our rider Bruno has been on roadtrip with his close friend T for two weeks, the Banos jam was their last stop before coming back to Brittany.

As the CEO of Shape bicycles, I was informed in real time of Bruno’s actions. He firstly validated the main line which is composed of the famous “hip de la muerte”. Then he went to the big line, it takes place diagonally on the trail, which starts and finishes at the same point of the main line, with a very long jump to end. At last but not least, Bruno was really on fire, motivated by Fred and Tim on the Boomrang line, sort of hip/spine/transfer which takes off from a very speedy berm... Unfortunately Fred rolled his ankle while he motivated everyone to validate the entire trail, in order to not let a slate, who knows, knows !!

Below some photos of Bruno, one the finalist of this 2019 Banos cup, shot by Marc and Max. 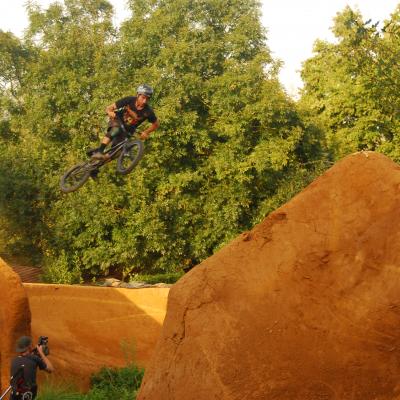 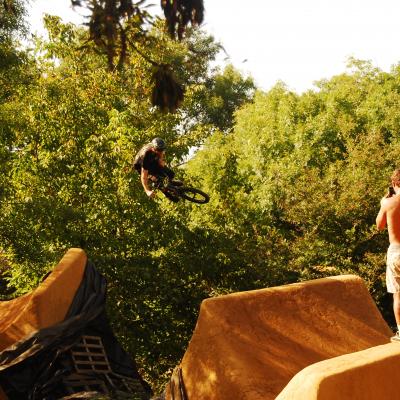 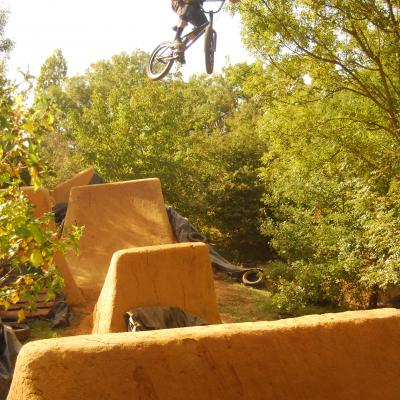 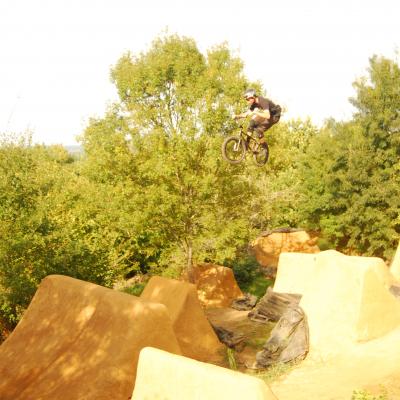 We are very happy to present to you the baby of our rider Jems Muller and his wife Nathalie : Adam, born September 24th. Welcome to him and congratulations to the parents, he is born in September, like the Compression video made by his father a couple of years ago. 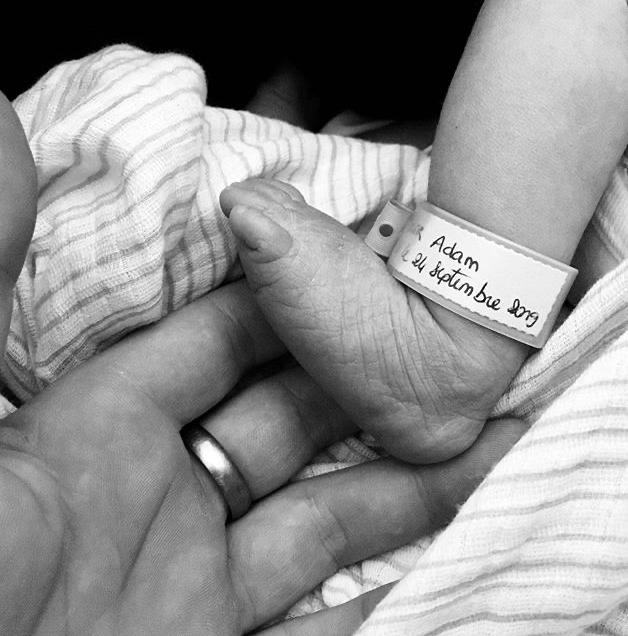 Thursday, September 5th, I took the road on my own with the Shape bicycles' van, go to Toulouse for the annual pilgrimage for all true trail riders, la Source jam. After 4 hours of driving from the arrow of Brittany, I parked on a motorway area to sleep. Unfortunately, I woke up at dawn due to the cold temperature…
I took the road back on Friday September 6th, weather was sunny, another 4 hours of driving and la Source trail will be in sight ! On site, I joined our Shape bicycles rider Bruno and our friend T, they left one week earlier for a 15 days trip. Several friends were already there, Pef, Flav, Pompier, the young JB, the Tranchée trail crew, English friends, Andoni and his dog Fox... First main change, the field next to the trail has been cleaned to make a parking/camping site, a good choice in order to get less people on the trail. Quick look at the trail, first change, the first berm of Lombric was totally new, also the whole line has been reviewed on its lower part after the Godasse's hip. In the middle afternoon, the first session started with a small crew, which was easier to take its marks. I had some difficulties to ride Lombric, getting used of the first berm, especially after a massive overshoot... Then, I had a good ride on Donut, along with famous local and Shape bicycles' rider Jems Muller himself. The end of this line has been also reviewed, it worked really well now. Several riders warmed up on Frelon and Tac, light went more and more limited, the end of the session was approaching. Fire was lighted up, the pub of la Source turned at full speed, the pre jam night fever was on !
Saturday, September 7th, official day of the jam. Before going to the trail, I went to a DIY skate spot, which enabled me to warm on 4 wheels (thanks a lot to the locals). Back to the trail at midday, everyone was chilling on the official parking, Bruno was cooking, on the other side the final touches were in progress at the trail. Session began slowly, more riders were on site, Tac and Frelon were the famous series of the day. On my side, I followed Flav and a friend from Swiss on Donut, before some rides with Pef on Lombric. Show was launched on the third jump of Frelon, behind the hunt of the trail, more and more riders were following each other. A Spanish rider threw some well done 3-6, a local from the UK Staff trail threw some spin too, much trail style oriented, the young JB was easy on every jump of every line, Titou threw a 3-6 nose dive - beautiful, Bruno rode all line and sent his famous turndown, Bentley was easy too, to make long story short, it was banger ! Session stretched until the night, people progressively stopped riding and started chill, getting ready for the evening concert, close to the BBQ and the pub (warning : this year, they offered soft drink for us and PJ - yes). We were victims of many provocations from the young JB, he made a stunt along with Bruno in a landing of Tac, big laughing ! The evening went on quietly, it was just fun, everyone told his summer trips, talking was about digging ... A real good jam evening !
Sunday, September 8th, early morning awakening and departure for Brittany at 8.30am, a bit difficult. On the road, I thought about this sunny weekend at Toulouse, with friends, a famous trail which keep on evolving, chilling moments while discussing with friends, at least a true BMX weekend : Thanks to the locals and especially to Jems Muller.
Thanks to PJ for the photos, if you want to see the whole gallery, go to Compression BMX 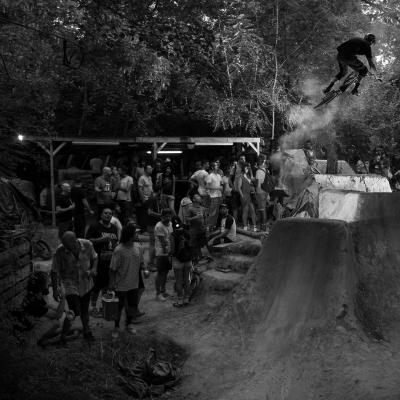 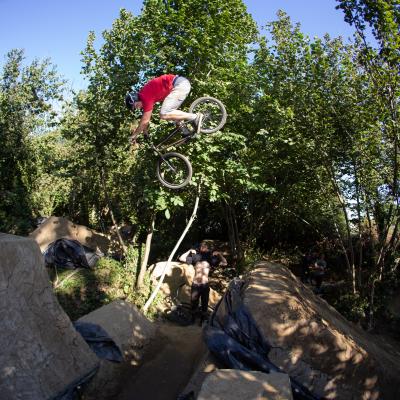 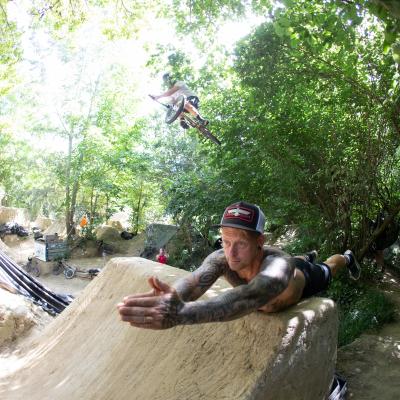 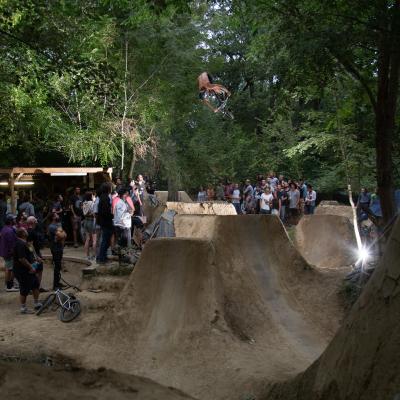 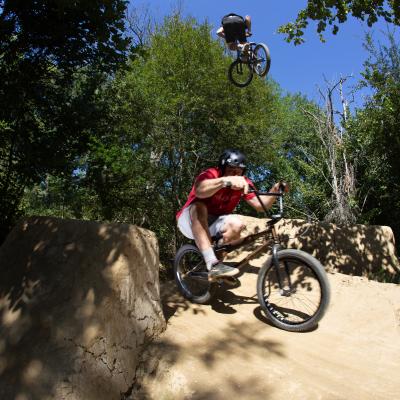 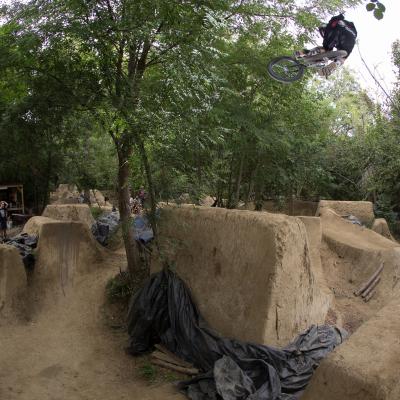 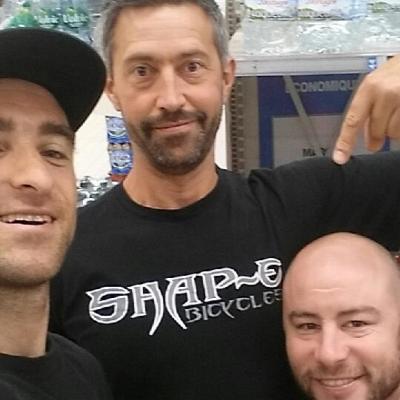 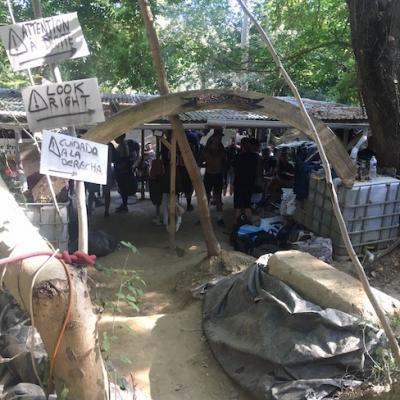 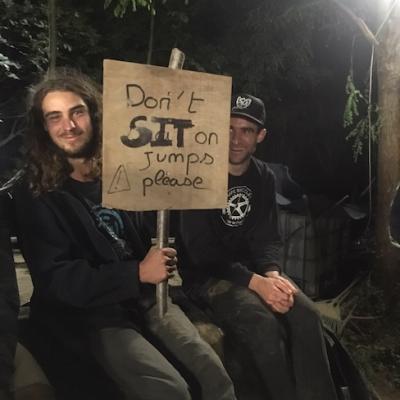 People who follow us on social network have logically seen our new "4 bolts sprocket" to the MTB. We have already developed a same product, a 43T sprocket for the race bike of our rider Bérenger Cordier a few years ago. This time it is a model with the "narrow / wide" teeth technology which is very popular in the MTB realm. Our first 32T sprocket has been tested on Bigwheels' father's bike, in order to validate the product. In the same time, we have drawn other sizes like 34T and 36T, a first batch is about to be produced. 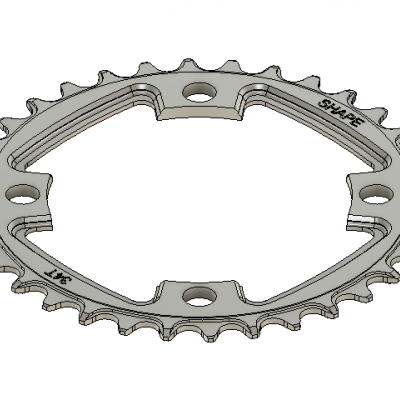 Ou southern rider Bérenger Cordier hasn’t send us photo for a while, it was worth to wait ! Lately he went to La Tranché trail jam, a beautiful spot where he threw this good turndown (amongst other tricks). Photo by Pef 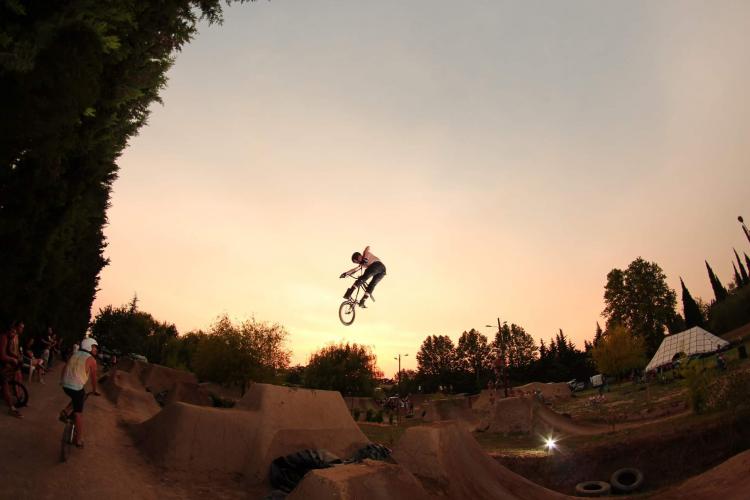