Skip to main content
We are about to launch our new sprocket, named the "Fusion"; on which we have been working for many months. This is why we decided to organize a sale of our sprockets currently in stock at the Shape bicycles' HQ, before receiving our new models.
Less than two months before Christmas, we offer you the opportunity to ride with a Shape bicycles sprocket at a better price (25% off), but still with the quality « Made in Brittany »; so 47E and 57E (shipping cost for France included).
Below is the list of our sprockets available currently (we will update it regularly), please note the difference between our old design (first photo) and current one (second photo); at last all 19mm axle could be turned into 22 or 24mm: 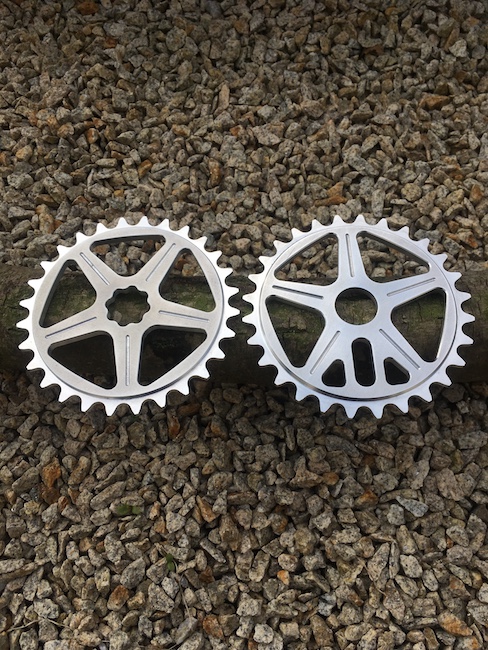 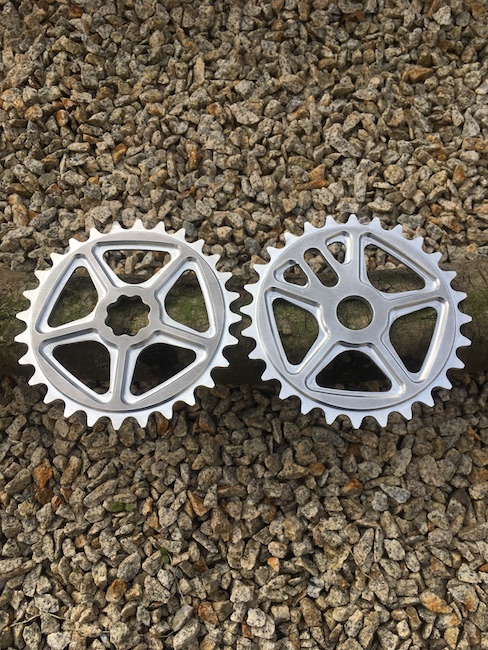 There is a website that has catched our attention lately : The BMX in our blood. Joe Doherty is the man behind all these very interesting interviews, published in podcast on this website. He gives voice to many personalities who make the history of BMX (ex: Brian Foster, Van Homan, Clint Reynolds...).
One of the latest podcast attracted us much more, with the trail rider of the year Enda Satoski.
We can advice you to listen to this interview (like many others), making the effort to work your English, fortunately Joe speaks slowly with Enda. The BMX in our blood. 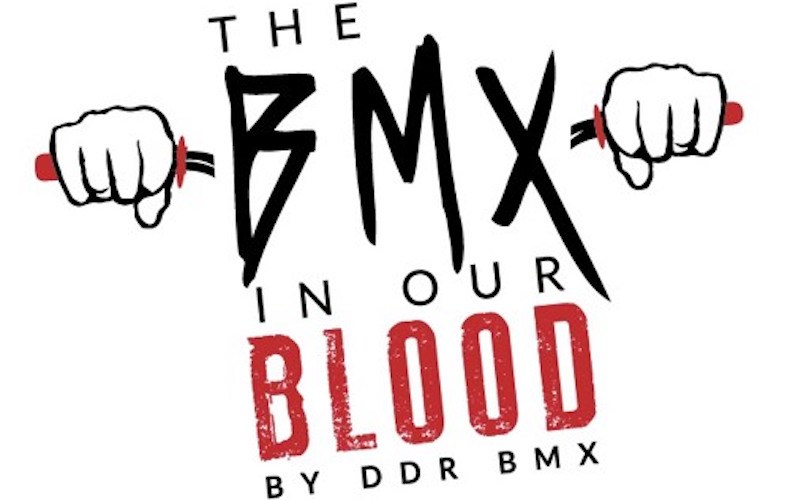 Our rider Jems Muller gives us his impressions and his feelings about the La Source jam, through this micro report.
Briefly, I would say it's one of the few jams which we didn't worry about the weather at all. Trail were running very well, all the lines were honored by our friends from all over the world, the atmosphere was great, the photo exhibition of Franck Duflo was a success, it was a treat !
Very cool to see friends from Swiss, especially Fred Borel ! I even had the opportunity to ride, something quite rare for a jam at La Source. A special mention for our friend from Australia Jhonny MacKellar who smoked the spot, I never saw someone riding my trail like that ! We must follow this small guy, we will hear about him.
Some downside unfortunately, two riders went down and got hurt. A thought for Hugo and Romain who paid of themselves with important sequels. So we put it back next year for sure, without the injury ! Below, photos by PJ Turner and Cal Duncan.
Below a video of the jam, edited by Soul BMX. 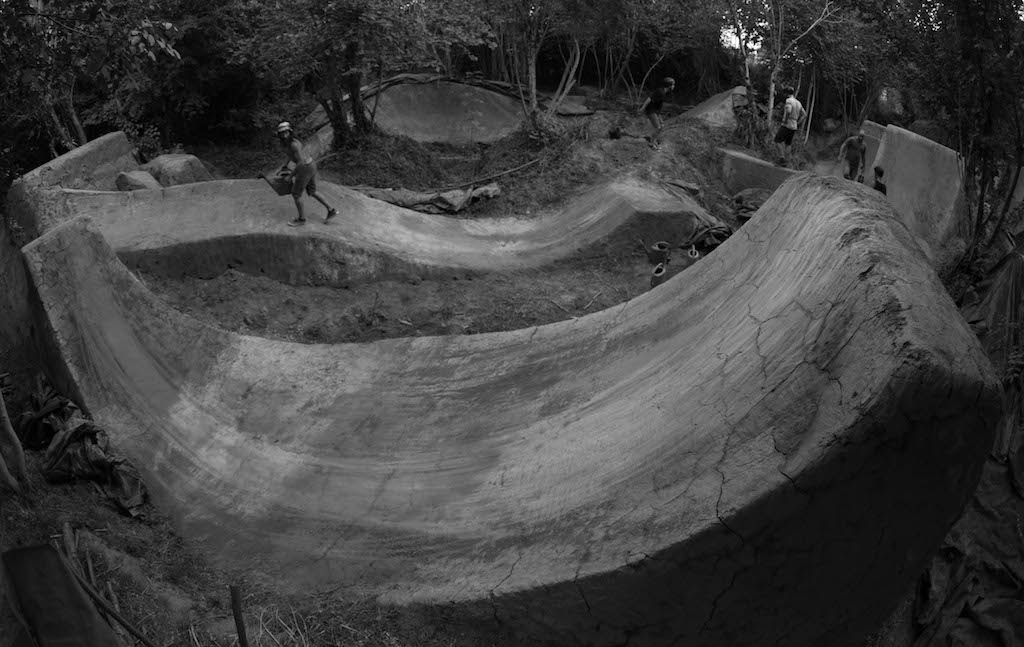 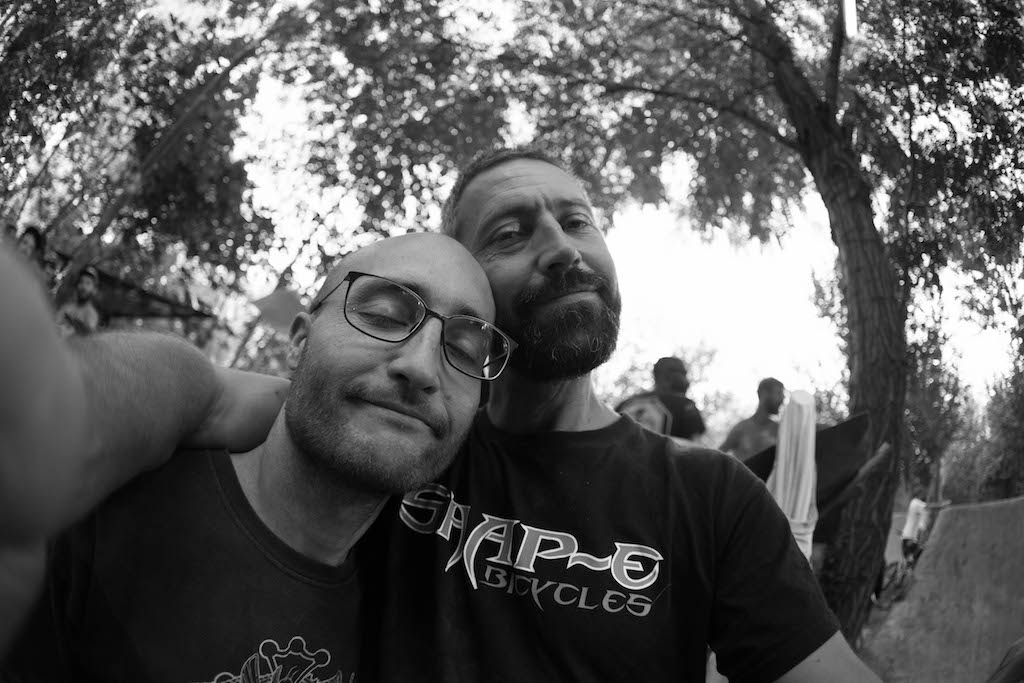 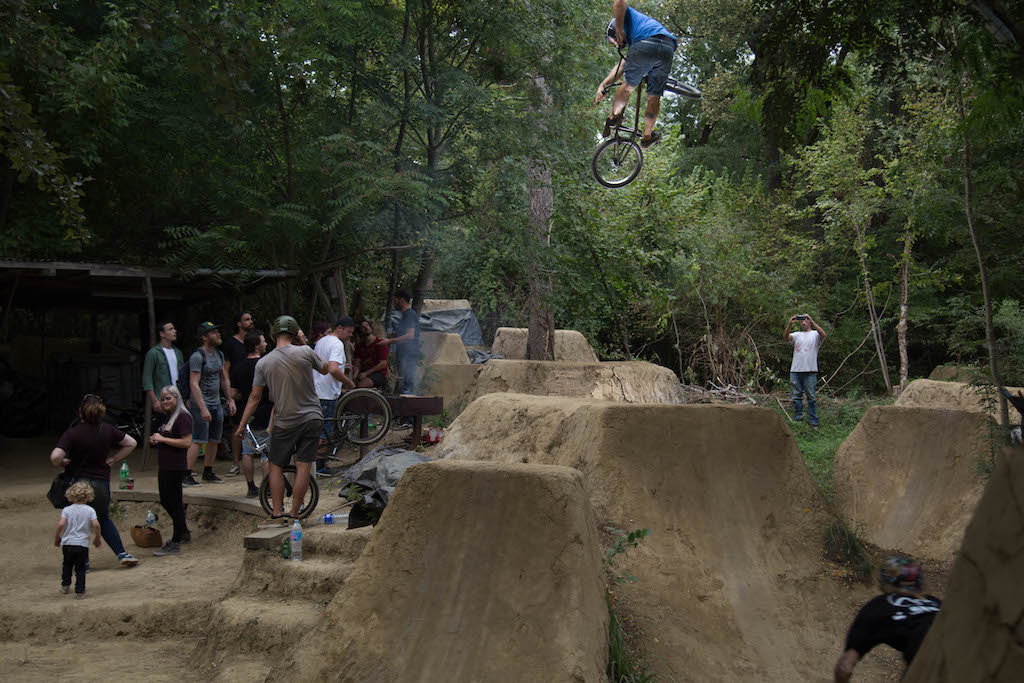 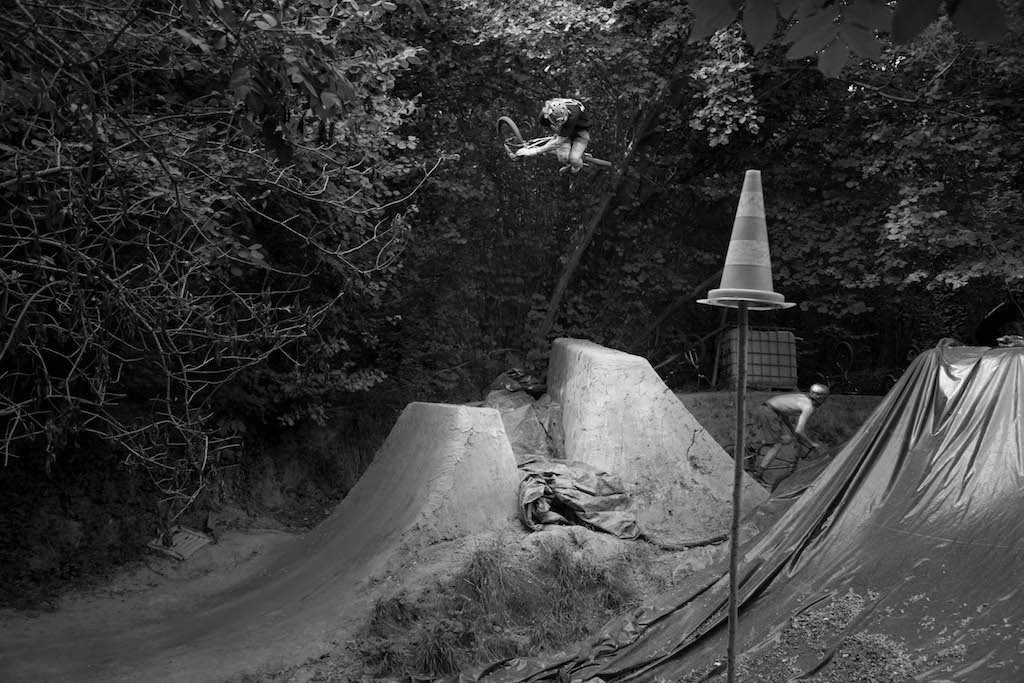 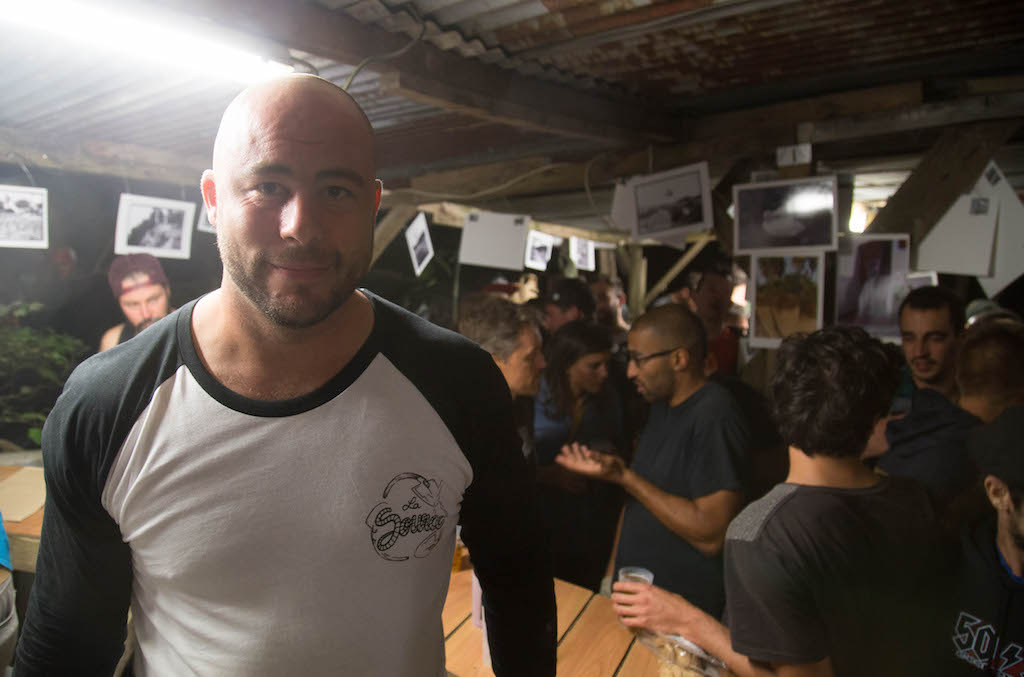 Another Shape bicycles trail trip to the South of France for 2018, this time with the Burck trail and the Banos jam as destination. We were 3 people to leave Brittany on last Wednesday, we arrived in Bordeaux at night.

Thursday 27-09, we visited a friend of us who currently lives in Bordeaux, we made the tourists and then we went to the Burck wood, its hiden trail and its orange dirt. We had a look at the changes of the last winter, we prepared the small line and we enjoyed it all the afternoon long, in the strong heat ! Between two runs, we observed several squirrels and lizards, not to mention the very hungry mosquitos, a real natural reserve this trail... Our friend joined us at the Burck in the late afternoon, then we had a meal together along the Garonne, fortunately the temperature became bearable in the evening. Before coming back to the van, we went to skatepark and met Alaric, he offered us to have a session at his trail during the weekend, which isn’t far from Banos.

Friday 28-09, we went back to the Burck, in order to warm up before going to Banos, little session quietly. Between two runs, we took a break in the hut of the trail, we even bought our tickets for the 2019 Metallica concert at the “stade de France” (Paris) !! We took the road, going through the Landes is easy to recognise, pins and sand wherever you watch ! We arrived at Marc’s trail in the early afternoon, we gave a hand for the latest preparations for the jam (cutting tree, pieces of wood for BBQ, cleaning the Boomerang line in the case a potential adventurer wants to ride it...). In the evening, a small party took place with fire and BBQ, then it’s quickly time to sleep to be ready for the session tomorrow.

Saturday 29-09, we woke up freshly and took the breakfast at Banos before going to Alaric’s trail, to warm up. His trail is well hidden, under the tree with a sandy dirt. We enjoyed the main line as well as the pump track (botch can be linked). Back to Banos at midday, some mates already rode, Bruno and I took part of the session, we quickly remembered the line as it was our second time here for both of us. Nevertheless, this line is difficult mentally, we can feel the pressure amongst the riders, we are all tense. For my part, I managed to ride until the « Hip de la muerte », but I couldn’t find the right way to try the following jump and the whole line... On his side, Bruno found his way and he validated the line – Congrats to him!
The session extended until the evening, everyone took his marks, each rider who jumps the hip or validates the whole line is acclaimed. Titou was on fire, he threw a 3-6 on the second jump and even on the one after the hip ! Irun from Belgium was also there, he threw 3-6 on the second jump as well, made lots of stylish tricks even on the hip ! Some riders following each other, it was beautiful to watch !
The party took place, the BBQ was running at full speed, discussions were going well with the friends we see too rarely.

Sunday 30-09, a bit more difficult to wake up early, we had to take the road back to Brittany. Breakfast at the trail, we said « bye » to the friends, then we left.

Thanks Mark for the jam, the locals of the Burck for the session and Alaric for the warm up! 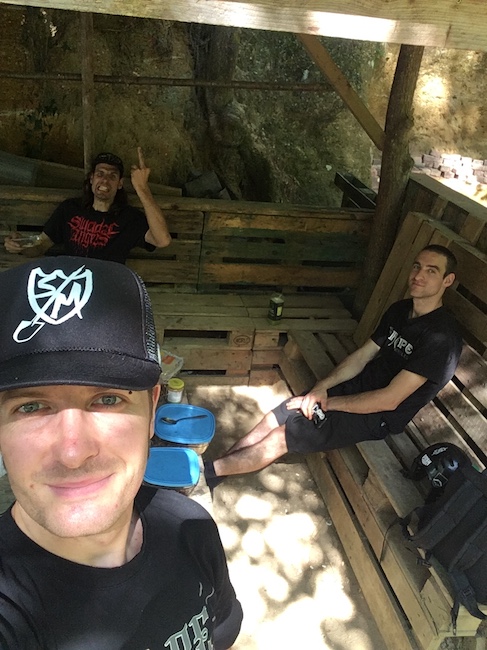 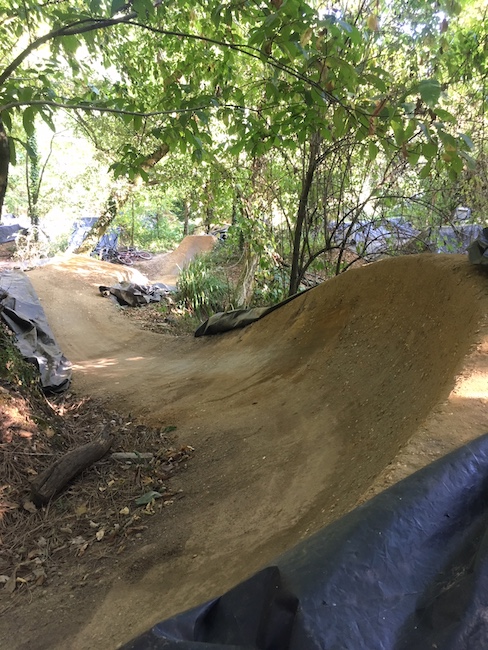 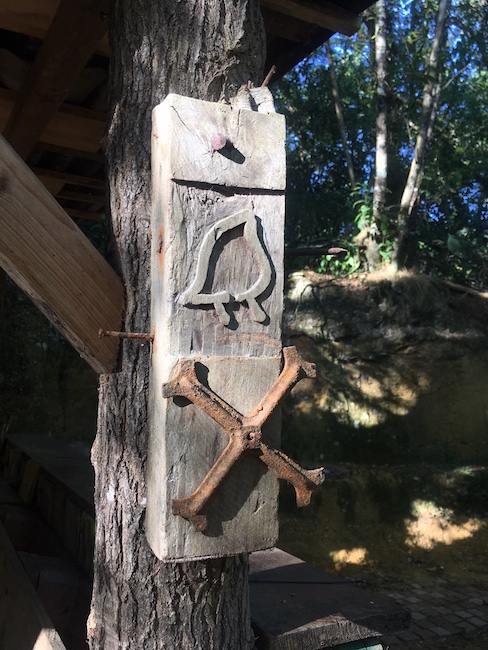 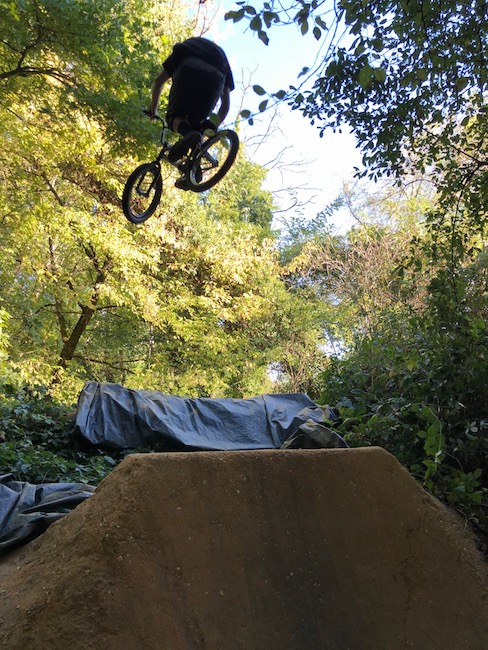 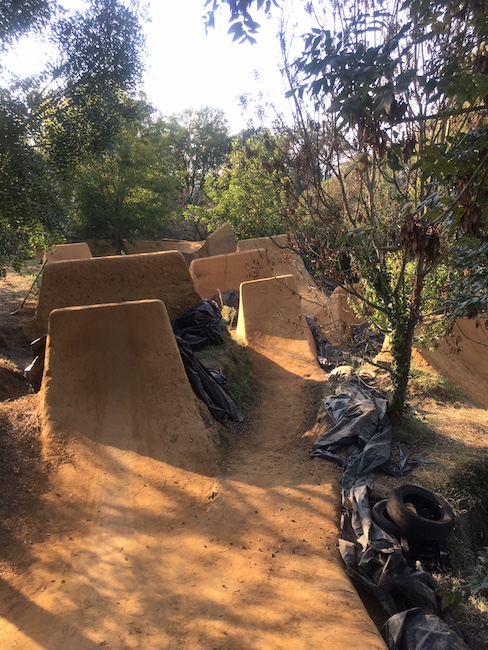 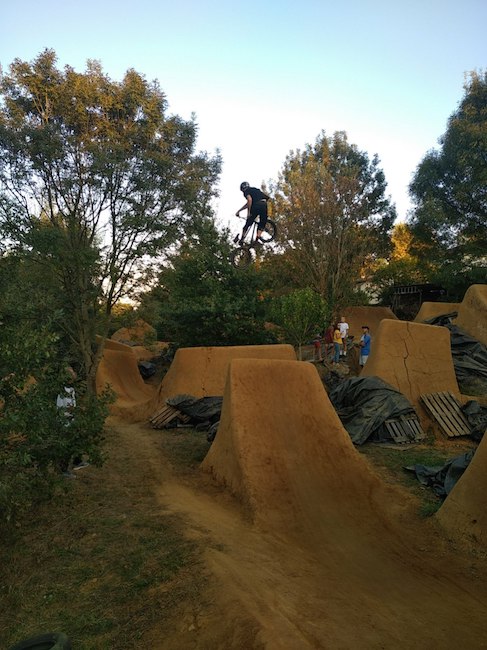 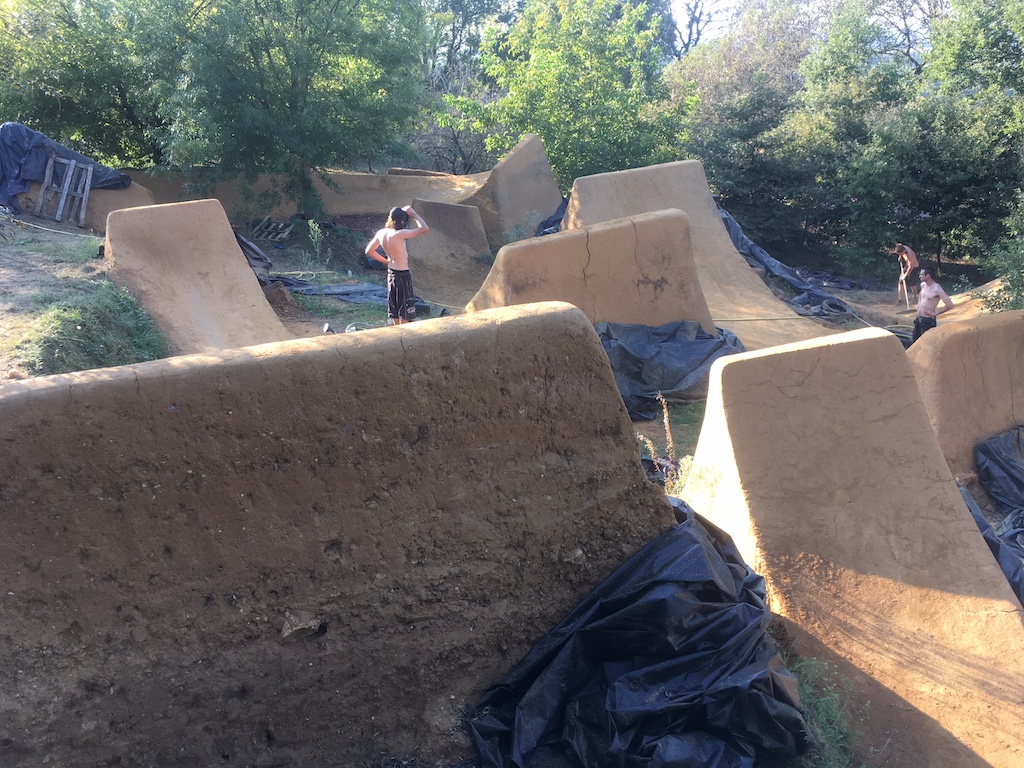 A new Shape bicycles prototype sprocket - 26T and black anodized ! It completes the BMX of Pierrot, who already has a beautiful Mowgly stem.
We are proud to count him among our friends and "customers"; thanks to him for the support ! 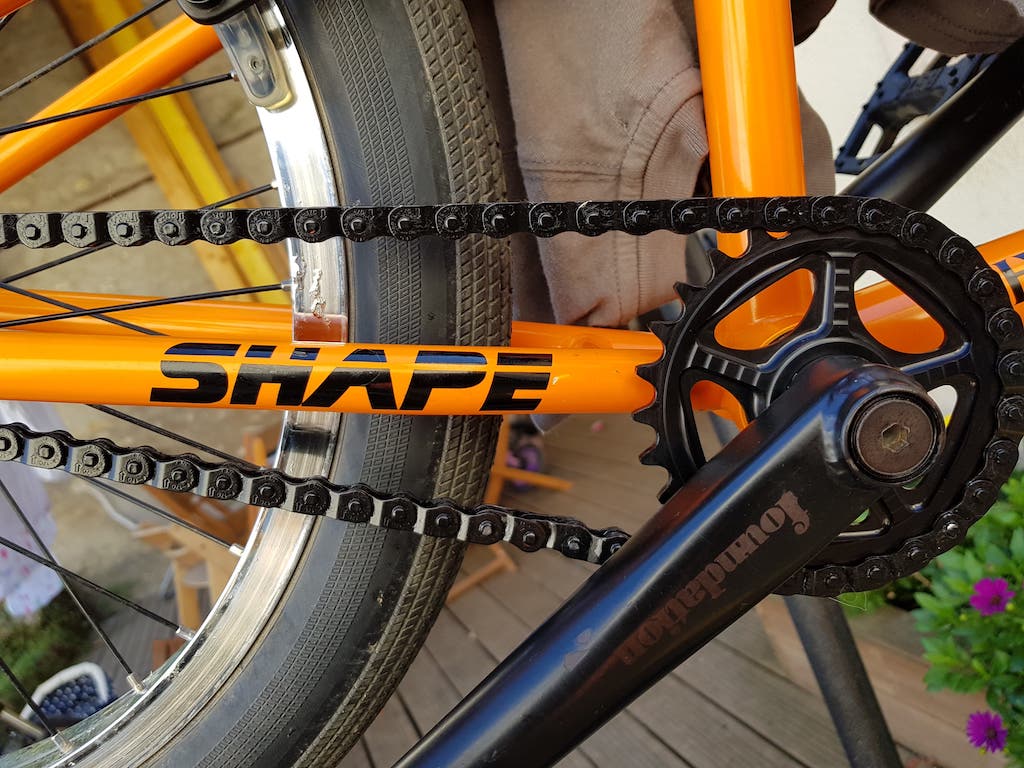 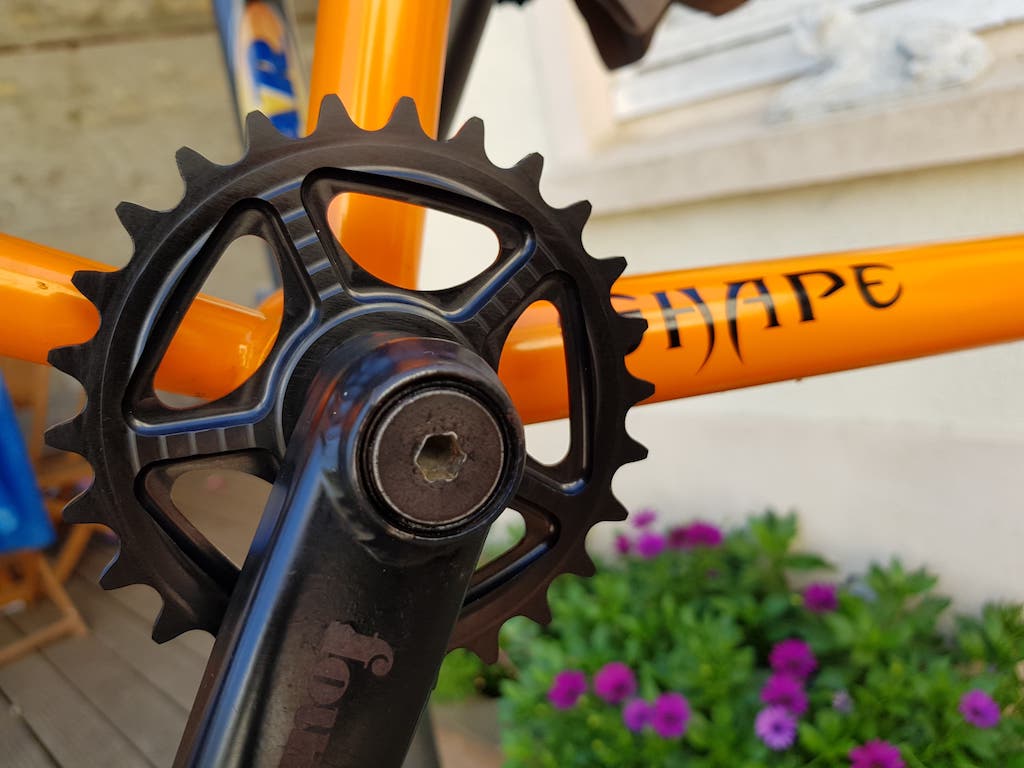